If you have ever noticed some random apps mysteriously installed on your Android without your knowledge, you’re not alone. This behavior not only poses a low storage problem, but can also lead to malware in your smartphone too.

A compromised Google account can be the cause for random apps downloading themselves. Moreover, third-party websites can also install malware apps or advertisement applications automatically alongside the app downloaded from those sites.

See also: Why Do I Have 2 Settings Apps On Android?

How can I keep my Android from installing apps on its own without permission?

If apps keep installing randomly on your Android, you need to look for security holes or settings on your smartphone that allow for such automatic installation.

To limit the applications that get installed on your Android:

Now, no apps will be installed from any unknown or 3rd party source without your permission.

Can an app be installed without your knowledge?

It is possible for apps to get installed on your smartphone without your consent or knowledge. This happens when the “install from unknown sources” option is enabled on your Android.

If you see any random app on your smartphone, it may indicate you have a malware attack. In this case, we recommend factory resetting your smartphone.

There can be other reasons why apps keep on installing themselves without your permission, including:

How do you prevent apps from installing themselves?

Here’s how to prevent apps from installing themselves:

This should prevent unknown apps from automatically installing.

How do I stop auto-downloads on my Android?

On Android devices, the auto-download application option is enabled by default so a smartphone can auto-update applications. Here’s how to prevent auto-downloads on Android:

How do I get rid of GStore malware which is getting installed in my Android automatically?

Getting rid of GStore malware is quite hard as Google Play Store (GStore) is installed in every android device by default and is continuously connected with the internet in the background.

Here is a possible solution to remove the GStore malware and prevent it from installing in the future:

Note:  if you have other apps affected by the GStore malware, you should install a malware remover or antivirus application to remove the malware

Why is my phone downloading some .bin files automatically?

The download.bin or xxx.bin files are generally created by an application being downloaded in the background.

In many cases, .bin files are generated by the Google Playstore when it is updating an app such as Play Services, Instant Apps, or any other app not shown in the download manager.

Here’s how to get rid of .bin files:

See also: Is It Safe To Uninstall Google Play Services?

Why do the pre-installed apps keep on updating automatically?

Pre-installed applications usually do not get automatically updated unless you’ve allowed them to receive the latest updates from the Play store.

In most Android smartphones, the auto-updates option is enabled by default. Here’s how to stop pre-installed apps from updating automatically:

How do I block the Facebook app from being installed on a smartphone?

How do I stop unwanted apps from installing on my Samsung?

On Samsung devices, apps often automatically install from the galaxy store. Here’s how to stop unwanted apps from installing on my Samsung: 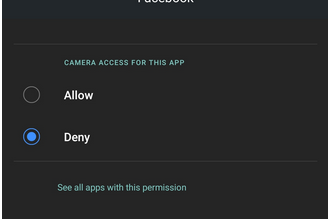 What are “Android Unknown Sources”?

Android Unknown Sources lets you install applications from any third-party website other than Play Store. Some apps may contain malware.

Android blocks the installation of apps from unknown sources for security reasons. Part of the Android Operating System, this option is disabled by default, and it is not recommended to enable this option.

Is it safe to install apps from unknown sources?

By default, installing updates or applications from unknown resources is not allowed in Android devices.

If you enable “Installing apps from unknown sources” on your device, you’re taking the risk of contaminating your smartphone with malware, advertisements, and unwanted applications.

What are instant apps?

Google Instant Apps are native Android apps that run without requiring installation. This feature allows end users to use a portion of a specific functionality of an android app without installing the app on the device.

Instant apps download and access the content of the app without installing it. It is designed to save memory and space on your smartphone and facilitate discovery of the app.

Google has listed many instant apps including NYTimes, Crossword Puzzle, Onefootball, and many more.

Is an instant app a virus?

Instant apps are legit and are not viruses. However, their behavior can sometimes mislead users into think they are.

For example, on many Android devices, Google Play Services automatically starts downloading instant apps without user’s permission. Another reason you might think of a virus is the ads popping on the display.

Can I uninstall Instant apps?

You can uninstall any instant app or even disable it from the settings. Your Android device may be using your data plan to download updates for instant apps. If that’s an issue:

Why does my iPhone randomly reinstall apps?

See also: How Many Apple IDs Can I Have?

Why do my apps redownload themselves?

Apple comes with a feature named “offload unused apps.” This feature doesn’t install apps but offloads the apps you don’t frequently use when you’re low on storage. Then when your device has storage space available again, the apps are re-downloaded.

You can permanently disable this option from the iTunes and App store option.

Why is my iPhone deleting apps?

And your iPhone is deleting apps, it’s likely because you’ve enabled the “offload unused apps” feature, which automatically uninstalls the unused apps from the device when it gets low on storage.